Top Hole Drilling on the Maria Field: A three-party success 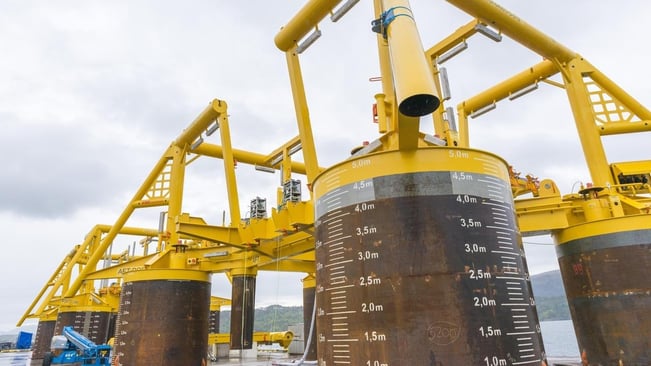 Is it possible to drill a top hole to 42" in one run if the template is 38"? Here is the story of three parties putting their expertise together to save runs, time and money.

The Deepsea Atlantic has produced tremendous results on Johan Sverdrup for some time now. The dual derrick rig has shown excellent performances whether it's drilling top holes or running casing. When it's sister rig, Deepsea Stavanger, was contracted for The Maria field in the North Sea, expectations were high. We knew we had quite a few industry eyes on us when starting this project.

Maria field
Maria is an oil field off the coast of Norway that Wintershall discovered in 2010. It is situated 200 kilometers from the mainland. Maria is a central, own-operated project of Wintershall in Norway. By means of a tie-back, it is integrated into an already existing infrastructure of three platforms and operated via remote-controlled installations on the seabed. The drilling campaign started in March 2017. Six wells in 573 days are scheduled. Production start is expected in 2018.                                             https://www.wintershall.no/no/prosjekter/maria.html

The template on the Maria field is a bit awkward as the restriction in ID is 38". Conductor casing is standard 36",  so the conventional method would be to run hole opener to 36", and then a separate reamer run to 42".

To get full benefit of the high capacity on the DSS, we started working with our partners on a one-run solution.

Read more: How to drill a vertical top hole

We worked on different set-ups at the beginning but ended up with a 26" * 36" Boulder Buster that we hooked up with a new type of under reamers Haliburton was acquiring at that moment. We had never run Boulder Buster (BB) with an underreamer (UR) before, and the combination brought some challenges to flow distribution. Firstly, the BB would have to share flow with the underreamer and the bit. Secondly, we would have to start out with a flow level below the activation pressure of the spring-loaded underreamer arms until passing the 38" restriction, and still being able to give the BB good enough conditions to wash out the shallow formations.

We ran some open-sea tests before skidding the rig in place and starting the project, indicating an UR activation pressure of ±1500 LPM. Using 1000 LPM the BB washed out the shallow formations and guided the underreamer through the 38" restriction without activating the 42" UR arms.

When drilling through the template, there was no more than six meters from center to center of each well slot. The margins are narrow, and deviations in trajectory must be close to nothing. The Boulder Buster was chosen early because of its high weight and vertical performance.

Read more: Hole openers: When your black gold is between a rock and a hard place

A new approach to a familiar challenge is always inspiring, and we knew that people in the industry were watching what we were doing. There is no need to underestimate how the genuine relationship between the parties involved prepared the ground for success. Taking advantage of the tremendous capacity of the dual-derrick rig, Deepsea Stavanger, we drilled 42" hole from the Auxillary derrick while running 36" conductor down to sea bed from the Main. Overall, the one run operation was successful and saved a lot of time and money by finishing topholes for seven wells eight days ahead of schedule

Knowing that a lot of templates like the ones used on Maria is coming within shortly, we can expect that Wintershall through this project may have developed a new standard for template drilling that will be adopted by other operators.

Read more: What is template drilling? 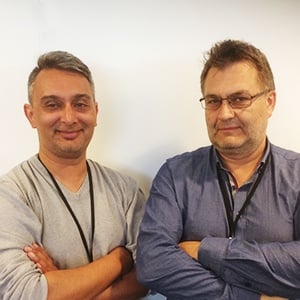