Well control: It's all about knowing who your friends are 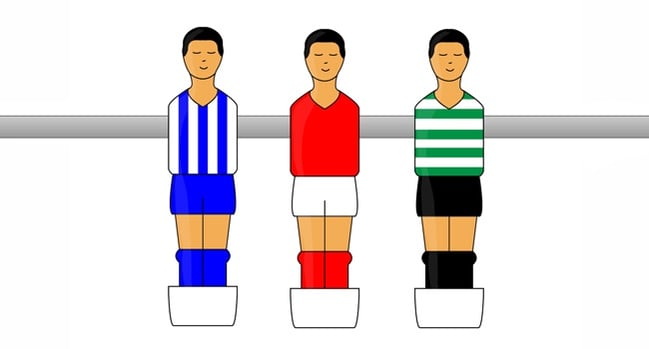 We may call them the three defenders of the wellbore: The mud, the casing and the BOP. They all play a vital part in every project. Each one covering up for the other and helping you keeping well control and prevent blow-out.

When drilling a hole in the ground, the pressure increases with the depth of the hole. Removing considerable parts of the ground destabilizes the balance. The higher pressure in the formation may force fluids into the hole you're drilling and up to the surface. This is the basic concept of a blow out, and every member of a drill crew has this as the backdrop of everything they do.

The mud (or drill fluid) is the primary barrier of the wellbore and your first defender. The weight of the mud is matched to the pressure in the formation, thus keeping the well in balance despite what has been removed to make the hole. The mud is pumped through the drill bit out in the wellbore, to serve several tasks:

In an often comprehensive mud/brine mixture the weight of the mud is the single most important aspect and it is altered by mixing in weight components to the fluid. Knowing the formation is critical to determine the right weight of the mud. The seismic survey is very specific and trustful these days. But when you drill in a well known area, the experience from the wells already drilled is ,of course, extremely helpful.

The higher the weight of the mud in relation to formation pressure, the safer the well is against a kick or blow-out. But there is a paradox here: The lighter the mud, the faster you drill.

The second defender of your well bore is the casing. To increase the safety of the well you seal it off from the formation with a steel casing cemented into the side of the well from bottom of the hole and up annulus to a predetermined depth. This is done section-wise and the diameter of the steel pipes decreases with each section. The first section of the wellbore is typically cased with 30” - 36" steel pipe, and the last section might be as small as 7" offshore, even smaller onshore.

The designers of the casing takes into account the the depth of the section and thereby the forces it must withstand. The burst (pressure inside-out), the collapse (pressure outside-in) and the stretch decides the solidity of the casing and the depth it is suitable for. That's why you have to be very careful about  the formation pressure both at the present depth and the upcoming sections.

Besides the design, the make-up of the connections is the most critical aspect of running a casing. If a connection is not properly made up, you risk leakage. Then your seal is broken and your well control suffers. This must be seen in the perspective of the lifetime of the well. A bad connection may not give you trouble at the moment, but will it withstand the pressure in 15 years time?

The first two sections of offshore wells drilled from floaters (and sometimes jack-up rigs) are drilled with open hole, meaning there are no closed system connected to the platform deck. After the second section is cased, a blow out preventer (BOP) is connected to the wellhead (often a 18 ⅝”). From the top of the BOP the marine riser extends all the way to the platform deck. From now on your well is a closed loop system, and the last defender of the well bore is in place. The BOP is a several hundred tons piece of equipment on top of the well with one mission only: To close off the well in case of emergency. To level the weight the BOP puts on the surface casing, compensators are connected between the platform and the marine Riser.

BOPs come in many different sizes and standards. From 5000 PSI (and even less) to 15000 PSI. Normally these are 100% hydraulically operated, but some of the newer generation have MUX as a control system (control of subsea BOP without umbilicals).

When drilling or tripping, every now and then a kick might build up. The drill crew will read abnormal values in the pit level (mud volumes) which they follow very closely.  If mud level is rising and well pressure is increasing on your choke after you have shut in your well, the mud is unable to maintain sufficient hydrostatic pressure. Luckily your last defender is there for you and the driller will immediately close the BOP. Three to six large rams (stacked on top of each other) and annular preventer(s) close in on the drill string and isolates the well from the marine riser. The pressure is kept in the well bore and heavier mud is inserted to kill the well and re-establish balance and well control. In cases where circumstances denies actions to re-establish well control, the blind shear ram is activated. It cuts the tubular and closes the hole completely. The marine riser may be released from the BOP for the floating platform to move away from the well as an extra precaution.

> Read also: The importance of cleaning your BOP

Your friends and allies

The occasional pressure build up is rarely dramatic because of the precautions taken to keep well control. As with all systems, equipment and processes, well control is depended on competence and skilled execution from the people involved. There are always the danger of misuse, calculation error, fatigue and equipment breakdowns. That's why we have three solid obstructions a potential blow-out needs to surpass. If one doesn't work, the two others might. Knowing how they work and how they are maintained, is a basic competence demanded from every drill crew and their superiors. With the additional help from the precise seismic surveys we get nowadays, well control is far less about guessing and mostly about knowledge and safe execution. 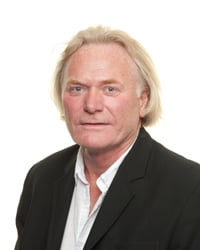 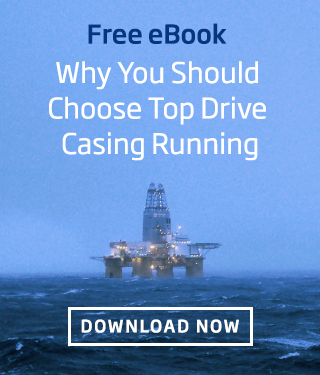