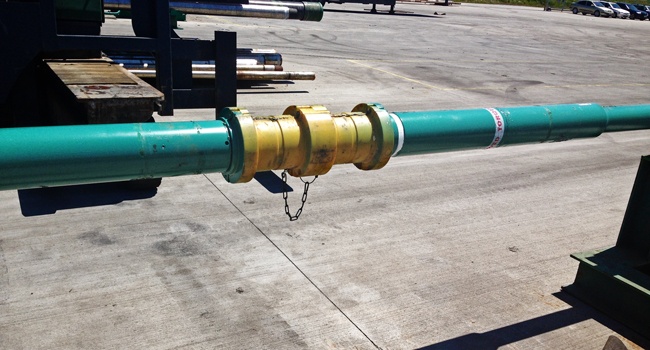 When your drillpipe is stuck in a black hole in the middle of the Pacific, in the hot desert somewhere or in the North Sea, it is easy to appreciate a good insurance policy. I am of course talking about the drilling jar - your best ally when you need to get out of a tight spot.

What is a drilling jar and how does it work?

A jar is a tool that sits on the drill string. If the drillstring (BHA) gets stuck in the hole, the jar can help knock it loose by generating quick, sharp hammer-like blows.

Jars look like drill collars, but inside they are sliding mandrels that allow brief and sudden acceleration of the drillstring above the jar. The effect can be likened to pulling a rubber band and letting it go: You build up energy, either by tension in the up-direction or gravity in the down-direction, to affect the hammering action.

This is why I usually speak about the jar as your best insurance against stuck pipe and time consuming fishing jobs. Continuing with this analogy, the jar is a basic third party fire & theft car insurance, while using the combination of a jar and an accelerator would equal a fully comprehensive insurance policy (more about accelerators later in the post).

There are basically three types of jars:

Jars work optimally when the hammer mass (weight) is of the correct configuration for the prevalent sticking mechanism of the well.

Mechanical sticking (usually caused by a physical obstruction while the drillstring is being moved) is best overcome by short, sharp shocks. In order to achieve this, the preferred hammer mass should be relatively light. This allows us to accelerate fast creating a very high impact peak. A bit like driving a nail into a wall, in reverse.

The hammer mass in both cases is not dependant on whether it is made up of drill collars or heavy weight drill pipe. As long as the mass is the same, it really doesnt matter what type of tubular is used. Note, however, that drill pipe or tubing does not count as hammer mass.

Detent or metering of the drilling jar - use the force wisely!

Hydraulic jars use a delay mechanism called a detent or metering section. Essentially, it is a choke. As tension or compression is applied to the drill string and the hammer mass, a metering action allows energy to be built up while the jar slides through the choking action. This is done through a restrictive ID of the jar, but once the length has been run through, the jar is now free to move, allowing the acceleration of the hammer mass.

Due to this choking action, the amount of force built up prior to firing the jar, is variable. The jar will fire at whatever force you apply to it.

In mechanical jars, the force required to trip the jar (allowing the acceleration of the hammer mass), is predetermined by being set at surface.

For example: If a mechanical jar is set for a 30,000 pound release force, then 30,000 + pounds must be applied prior to a tripping action taking place. Once set at surface, that force cannot be adjusted downhole. This also applies to hydraulic latch jars.

So as Obi-Wan Kenobi would say (if he was a driller): Set the force wisely!

VERY IMPORTANT: When using hydraulic jars, the detent value in pounds force must be known and it must not be exceeded before you fire the jar. If you exceed the detent value, one of three things can occur:

If that occurs, end of game, set and match. You must come out of the hole.

You see, a jar is much like a piston. A piston works by applying pressure across an area (Pressure x Area = Force). When actively using Hydraulic jars we are pulling or pushing on an area, and the force from that area converts back to a pressure. If we exceed the working capacity of the material to withstand pressure, one of the three things above can occur.

9 DOs and DONTs of drilling jars

> Read also: Keen on getting stuck pipe? Try these 5 tricks

Why you should use accelerators with your jars

A jar in itself is not a source of energy. It is merely a release mechanism for a force built into it. The reason for that is that, as I mentioned above, a mechanical jar can only fire at a predetermined force - and in the case of a hydraulic jar, the hydraulic fluid is non-compressible.

The fluid in an accelerator is compressible. So the accelerator, when force is applied to it, acts as an accumulator of that energy. When that energy is freed to be released, because it has been accumulated, the acceleration factor is more than doubled to the hammer mass.

An accelerator adds to or replaces the stretch value of the drill string (and that is on jarring up), and in jarring down, adds to the compression and gravity to accelerate the hammer mass.

An accelerator also helps to dampen harmful shockwaves that would otherwise be transmitted up the drill string and to the surface equipment and top-drive systems especially at shallow depths. By adding an accelerator, you can more than double the potential energy that a single jar assembly will be able to provide.

A jar only BHA is basic insurance. A jar and accelerator BHA is fully comprehensive. If you were to drive an Audi RS4, which insurance policy would you go for? 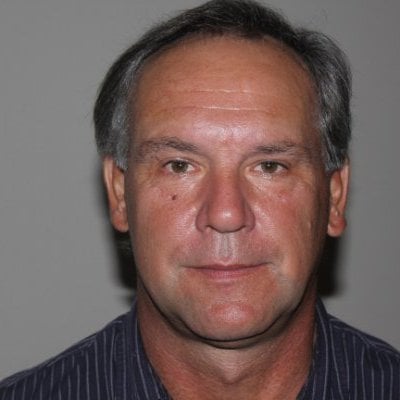 Detlef Proschold has been in the Industry since 1986. Having started on the Drilling side in the North Sea he moved to the Fishing and Remedial business line in 1991 joining OWS in November 2014 as Global Product Line Manager.